Posted on November 7, 2013 by vellocricket

At its 2013 Awards Dinner recently, Atlantis Cricket Club – NY celebrated 47 years of cricket in the New York metropolitan area, however the club also celebrated more than almost a half-century of involvement in cricket.  It also celebrated women’s cricket. 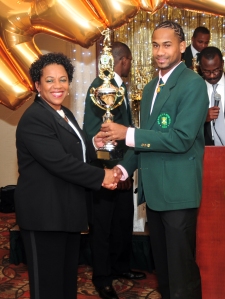 Atlantis is considered one of the premier cricket clubs in the New York region, and despite not winning a major men’s cricket championship in the past three years. The club has built its brand over the years, setting in motion a number of initiatives that are above and beyond competitive cricket tournaments. With a motto that clearly defines the club’s manifesto of a mission beyond the sport, Atlantis continues to be a trailblazer in its community-based programs, such as Habitat for Humanity, Toys for Tots, Clothing and Coat Drives, and its Shevonne Mentis Educational Scholarship Fund.

Over the past twelve years, Atlantis has given out scholarship stipends averaging between $300 and $1,000 to young men and women enrolled in colleges in the USA, as part of its Shevonne Mentis Educational Scholarship Fund, named in honor of the daughter of one of its honorary members who died in the September 11, 2011 World Trade tragedy. This year’s recipients are Jasmine Newton and Alex Amsterdam. 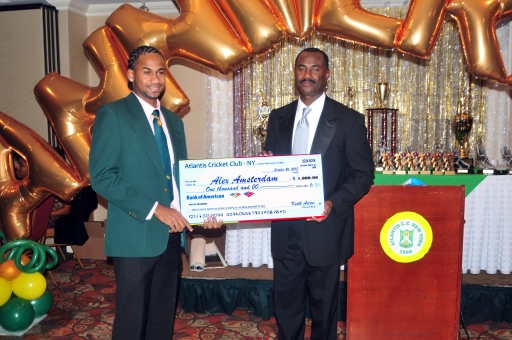 This year, Atlantis honored a long-time member of the club – Hewlett Ewart “Letty” Matthias, an all-rounder who represented the club in the late 60s. Matthias was made an Honorary Life Member of Atlantis, at the club’s recent awards dinner. He became the forty-eight person to be so honored by Atlantis, including 13 former West Indies Test players. In addition to recognizing the evening’s honoree and the accomplishments of the women players, Atlantis also recognized the outstanding performances of its men players. The following male players received awards. 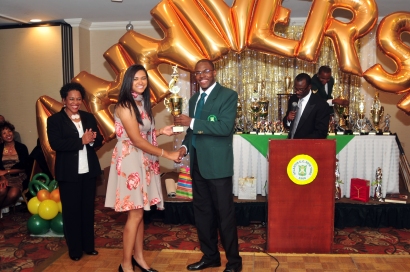 Most Catches for the Season – Keon Lake – 12 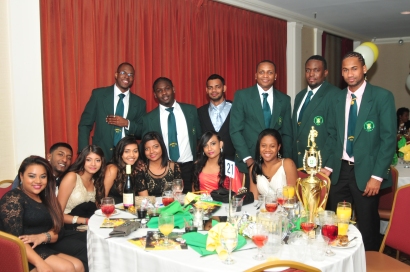 Some of the Atlantis players with a bevy of young beauties

EACA President Rudy Persaud, in a Message in the Atlantis’ 2013 Souvenir Journal, stated, “Atlantis is a trailblazer, and this is evident in several areas on and off the cricket field. More recently, your women’s cricket program has garnered much respect and support across the USA,” adding, “…this is indeed a remarkable accomplishment (and) in only two years.”

In a message to Atlantis’ players and fans alike, the club’s president Steve Welcome, said, “Today, as we look forward, Atlantis Cricket Club is in a unique position. We have an opportunity to positively impact the growth and development of cricket in the United States. With the team of dedicated cricket enthusiasts and administrators in our midst, we must continue to seek new ways to encourage young people to join our sport.”

Atlantis’ next calendared event is its Annual Holiday Party in December, when the club will collect new unwrapped toys for kids, and coats for the less fortunate within our community.

If you are interested in joining Atlantis as a player, non-player, or simply contributing to its community programs, contact the club’s secretary at info.atlantisccny@gmail.com