West Indies PCL Team of the Round IX

WI Professional Cricket League Team of the Ninth Round 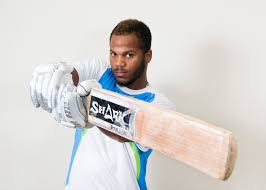 John Campbell was the player of the round back in the third round and this week he topped the charts again. Campbell, the captain of Jamaica Scorpions led by example scoring 135 and 83 not out as well as picking up a five wicket haul with the ball. Campbell is sixth on the batting charts going into the final round with 572 runs and 20 wickets placing him at 13th on the wicket taking list. Campbell’s form of late has definitely shown signs of maturity and is surely one for the selectors to consider. This is Campbell’s second appearance on the team of the round.

Kraigg Brathwaite scored his third hundred this campaign, 123 to undo the Red Force. Only Vishaul Singh has as many centuries this season. Brathwaite is fourth on the run charts with 645 runs and this is his fifth appearance on the team of the round and is making his place on the test team one of the easiest to determine come selection time.

Devon Smith has been revving the run scoring engines over the last two rounds and even went one better this round. Smith scored 125 for Windward Island Volcanoes his 26th First Class century. Even though his efforts were not enough to avoid defeat to the Jamaica Scorpion Smith is surely pushing himself to be consider for the India test series with 588 runs and fifth overall.

Kyle Hope has been a revelation this season, sort of a late bloomer, following a successful NAGICO Super 50 tournament, he has been a consistent performer at the top of the order for the Red Force. Ironically, Hope a Barbadian provided the only resistance for Red Force against his former mates, the Barbados Pride, scoring 77 and 76. Hope is making his first appearance on the Team of the Round.

Montcin Hodge scored an unbeaten 149 for Leeward Island Hurricanes in a commanding performance against league leaders Guyana Jaguars. This was Hodge’s maiden First Class hundred elevating him to his first appearance on the Team of the round. Hodge has the second best batting average of 65.50.

Devon Thomas scored his second First Class hundred with a fluent 122 as the Scorpions made light work of the Volcanoes. This is Thomas’ first significant score this season and his first appearance on the team of the round. This century will do well to repay the Scorpions’ faith in him.

Kevin Stoute has been a consistent performer during the campaign for the Pride especially with his seam bowling. This round Stoute reminder us of his batting ability scoring 66 in addition to taking four wickets to oust the Red Force. Stoute is the second best quick bowler this season with 25 wickets and is tenth overall on the wicket taking charts. This is Stoute’s second appearance on the team of the round.

Gavin Tonge like Stoute put in an all-round performance this round scalping four wickets and scoring 59 with the bat. Tonge is the fifth best quick bowler this season with 19 wickets. This is Tonge’s first appearance on the team of the round.

Kemar Roach back from injury showed shades of his old self with a four wicket haul against the Red Force. Roach will be looking to continue this form going into the final round match against the Hurricanes. Roach will be pressing to impress on the selectors that he is still capable. This is Roach’s first appearance on the team of the round.

Damion Jacobs snared a five wicket haul to derail the Volcanoes. Jacobs has claimed 30 wickets this term and is the ninth most successful bowler. This is Jacob’s second appearance on the team of the round.

Jomel Warrican was the third bowler to claim five wickets this round as he helped Pride rout the Red Force. Warrican has taken 19 wickets from less that half the number of matches played, in his case four. Warrican completes the sextet of players making their team of the round debut.