Posted on December 1, 2016 by vellocricket 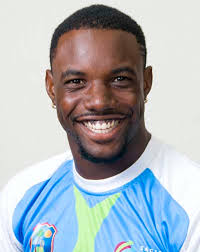 This round was actually plagued by poor weather with rain taking the reigns in all three  matches across the Caribbean. Only one innings was possible in Port of Spain where Trinidad and Tobago Red Force scored 287/7 before play was abandoned. Kyle Hope returned to runs with a fluid 86 and was well supported by Isaiah Rajah on debut with 69, Roshon Primus remained unbeaten on 42. For the Leeward Islands Hurricanes Keiran Powell scalped three top order batsmen for 29 runs and champion spinner Rakheem Cornwall had 2/73.

Windward Islands Volcanoes conceded first innings points against Guyana Jaguars after scoring 192 with contributions from Kyle Mayers 51, Liam Sebastien 44 and Delorn Johnson 30. Raymon Reifer picked up six wickets and then followed up with 52 off the bat alongside Anthony Bramble 58. Reifer and Bramble took the Jaguars out of trouble from 99/6 to 203/7 to earn first innings points in a 104 run partnership. Mervin Matthews and Delorn Johnson had four wickets each and were support by Kyle Mayers who had two wickets. Keon Joseph added three second innings wickets to go with his two from the first innings as Volcanoes were 90/4 when rain washed out the rest of play. Tyrone Theophille scored 39 and Sunil Ambris was unbeaten on 28.