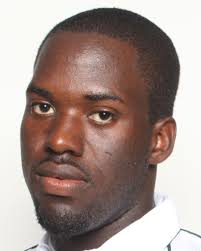 Anthony Alleyne scored 88 and 186 for Barbados Pride over Trinidad and Tobago Red Force in a thumping victory, earning him the VCJ WIPCL Play of the Round

This week the West Indies Professional Cricket League (PCL) saw three different wins than in the first round leaving the top five team separated by as many points. Anthony Alleyne was the star of the week with a mammoth 186 to add to his first innings fifty as Barbados Pride steam-rolled Trinidad and Tobago Red Force. Leeward Islands Hurricanes engineered a clinical come from behind victory chasing 369 against the Guyana Jaguars on the back of a Montcin Hodge century. While Jamaica Scorpions routed Windward Island Volcanoes for 64 in defense of  106.