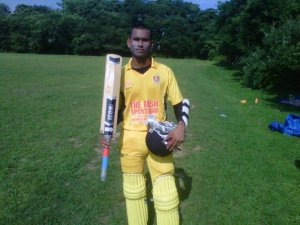 EACA Power 40 play will continue on August 12th with a full calender across both Divisions. The Cage at Foch blvd will host its fourth consecutive match of the week when the resurgent Richmond Hill tackle the consistent MMZ. Everest will attempt to overcome their fumble against Richmond Hill, when they journey to Long Island United at Brentwood. Atlantis look to secure their position with former Liberty captain Michael Noble set to turn out against his former club. The dangerous Hillside still in with a chance to qualify will face an imposing proposition in Big Apple, who has been strengthen by the return of wicket keeper batsman Francis Mendonca from his Canadian stint. Division A fixture: