PSAL Big Apple Games continued with cricket Trials at Baisley Pond Cricket Park, Queens on August 9th. Before the sessions began the cricketers were greeted by Evan Ely a representative from NYC Company, the organizers of Mayor’s Cup Cricket. Ely distributed some Mayor’s Cup memorabilia as part of the campaign by New York City through the NYC Company and PSAL in bridging the gap with the various communities in the city  through sport. As part of the community outreach project, Mayor’s Cup Cricket is currently assessing numerous venues in search of a new home. As part of Ely’s trip to Baisley Pond was to evaluate the feasibility for the Baisley Pond Cricket Park and its amenities as a possible home for the Mayor’s Cup Cricket in the future. See photos from the event below: 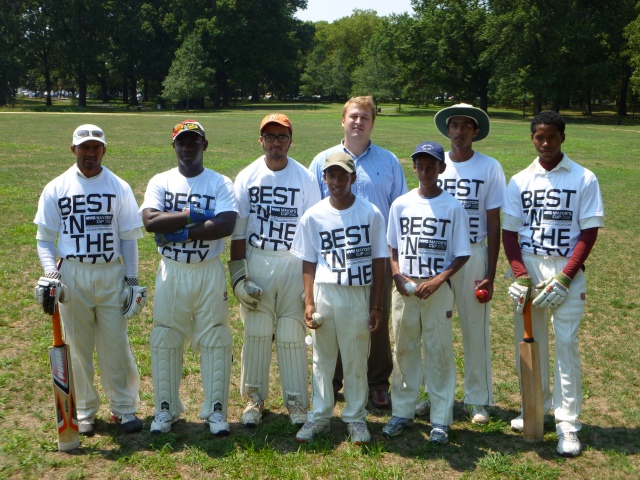