The 2012 season began with the Public Schools Athletic League, Spring Cricket. Like the game here on the North American continent, PSAL emphasizes that cricket deserves to be part of the American Culture. With schools across the boroughs of New York City contesting the nation’s premier high school cricket tournament. The challengers came from Brooklyn, Manhattan and even as far as the Bronx. From a pool of 26 teams, Long Island City High of West and John Adams of South meet in a true battle for the King of Queens.

Allrounder Sajib Salam proved the difference for his troop as they top the Spartans led by the prolific Troy Mars. Both Salam and Mar were integral to their team’s quest with both players figure with bat and ball. Mars tonned 197 and 170 odd to lead the batting aggregates. Salam was not out tonned as he had centuries of his own. Salam was the better man with ball in hand. Salam’s pinpoint Sunil Narine likes spin trumped Mars in the wickets column. Mars’ off break with crucial at the beginning of the innings retard any momentum the opposition attempted to generate. Vellocricket commends both Long Island City High and John Adams Spartans on their feats in PSAL cricket 2012. Similarly Sajib Salam and Troy Mars were the standout during the PSAL cricket season.

Amid the PSAL action the club cricket began across the New York Cricket Region. Brooklyn, Metropolitan, American, Commonwealth and Eastern American all held contest in the year of the dragon. In the preseason Millat Sports hosted an invitation Twenty 20 tournament with Challengers lifting the seasons first silverware. As the summer frenzy sizzled the nations meet for the Roy Sweeney Benefit. New York XI, practically a second XI showed its worth to eliminate tournament favorites Guyana. Normalcy was restored as Jamaica thumped the New Yorkers to win the Final.

New York Cricket Academy hosted its first Sixes Tournament with eight teams participating. Troy Mars was among the headlines again scoring 52 not out for Americas Cricket Academy in the tournament opener. But the day would belong to the Stallions who proved to have more desire than Liberty SC to take the trophy. Stallions with a true team effort in the 27 run win as inaugural Sixes Champions.

The United States of America Cricket Umpires Association (USACUA) held its first annual memorial match. The officials met the administration, New York Cricket Region, (NYCR) with the Twenty 20 affair going down to the wire. Jacob Emmanuel and Dhaval Patel provide the momentum as the NYCR closed on 123. USACUA played a mixed bag of caution and aggression to combat the opponents. NYCR’s skipper Dyon Ravello completed two accurate throws to find the USACUA batsmen short. Ravello bowling offspin accounted for three wickets, with Shoaib Mustaq being the key dismissal. Mustaq threaten to take the game away with his cavalier stroke play but held out off Ravello. The drama did not end there as the Officials grinded the Admin with Ricketts holding the tail together. The Officials held on to a narrow one wicket win for Mr Owen Roberts and Mr Jerry Kishun.

From school play to schools out, the NYPD United Cricket League provide a natural succession to the PSAL through the summer vacation. Twelve club teams participated attempting to gain the coveted COP Ray Kelly trophy. The usual suspects Lycans, Stallions, Dragons and MMZ Superstars among the main contenders. Superstar remained the only undefeated team at the end of the group phase as Dragons needed an 11th hour wins to stay alive in the tournament. All tournament Trinson Carmichael imposed his blade on all the COP’s bowlers. Carmichael’s disdain was most distinct in the knock out phase with the earlier struggling Dragons featuring as run away winners on the final day. Along side Carmichael, Prashant Nair, Syed, Sajib Salam, were deserving of recognition. Carmichael out batted all comers to top the aggregate. Nair scored 204 runs only to be dismissed once, to average as much, miles ahead of the field. Syed was the most consistent among wicketkeeper batsmen. Salam’s feat with the ball was vital to his second champions of the season with the Dragons.

On to the open events, In the Metropolitan Cricket League (MCL), Westbury lifted the League trophy turning back Progressive. In the Eastern American Cricket Association (EACA), ACS Everest defeated Atlantis thrice to regain the Power 40 crown. Everest not only recovered the Power 40 crown but also stomped home with the Blitz T20 prize as well as, to be the undisputed EACA winners on all fronts. The season ended with Team USA advancing in World League play to Division III finishing second behind Nepal in Division IX. Bedessee Destroyers returned to winners row after a 24-month drought dating back to their Radiant Info T20 Triumph in 2010. In Brooklyn, Panthers emulated their EACA counterpart Everest, winning League and T20. However, Brooklyn Panthers exceeded all others taking home the knockout title to finish the season as treble winners, a fitting finish for team of the year. 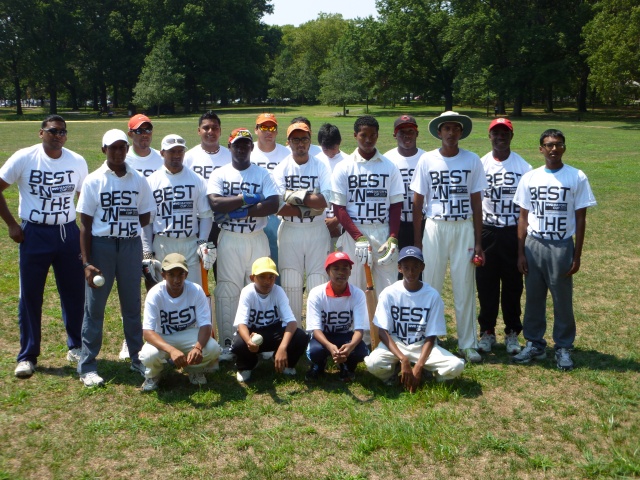 Officials who made the season worthwhile were Fitzroy Hayles the USACUA President, along side USACUA Training officer Mohammed Baksh, Umpires Coordinator Steven Kalloo and Carl Patrick. The Late Douglas was recognized for his tireless four decades of officiating as an Umpire, unfortunately he departed this season. From the NYCR John Wilson, Lester Hooper, Venelda Wallace, Kris Prasad and Nigel Harper work diligently to ensure the success of youth and women tournaments hosted by the region. Ricky Kissoon, lead way as coach of the New York Youth Selection during this past season. Kissoon was rewarded with a nomination to the USACA Youth Committee.

In the media, Mark Audain’s camera was as sharp as any other capturing event around the various leagues. John Aaron, Shivnan Ramjattan, Kriti Mohan, Danesh Deonarain, Kerk Higgins, Raheel Khan, Omaid Shuja and Sheik Mohammed all played an integral role in covering the sport we have all grown to adore.

Happy Holidays to all for the velloCricket family, as we look forward to a prosperous 2013 season.

Team of the Year: Brooklyn Panthers

Official of the Year: The Late, Mr. Douglas

Personality of the Year: Chubby Bedessee