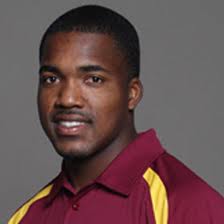 Following a promising performance at the Champions Trophy West Indies did in Jamaica what every fan of the maroon clad dream of  by winning their first two matches at Sabina. The Windies fell from grace somewhere in flight en-route to Port of Spain.  From 2-0 in Jamaica to 2-2 at Queens Park. This very mercurial cricket is the main reason for the once unbeatable side now being placed outside of the Test elite.

An analysis of the 14 who have been employed in this West “Indian” Tri-series home away from home. At the top Chris Gayle’s 109 in game one was 12 months overdue following that he was lethargic as his foot movement getting to the three deliveries that dismissed him outside the off stump. Chris’ 109 is his insurance policy going into the Pakistan series, where we expect him to renew on a consistent basis, because like in Australia whether its called a rest, a drop, a sick or an injury his place is not guaranteed . Only performance guarantees a place like Kemar Roach saw after dropping Dhawan in England he was relegated due to “illness” since then Roach has been putting in his work with the ball and has corrected any faults in the field and he has even contributed with the bat when it mattered. Roach should comfortably continue to lead the bowling attack against the Pakistanis barring any genuine injury.

Johnson Charles like Gayle played his guarantee in game two following a sedate yet significant showing in game one. As the party shifted south Charles too has slumped. As wicketkeeper during the Champions Trophy he looked sharp placing much needed pressure on Denesh Ramdin to perform. With an added weapon to the armory only inconsistent can deprive Charles retaining his spot for the foreseeable future. As for Ramdin he has seemed to have found himself in that dark place once more. The place from which he had stored up premeditated retaliation for Viv once he had tasted success again. The stern suspension served during the Champions Trophy magnified Ramdin’s plummett which had began during the Regional 4-day tournament earlier in the year. Caught between a bunch of power hitters and the tail Ramdin seems confused as to what is his role with the bat. With Charles being a fill-in at the moment despite a decent showing Denesh may need to have some time at the drawing board to redefine purpose. After all the best of us need rest, which will give Charles an extend run as the gloveman or offer Lendl Simmons another platform to reassert himself. Simmons has kept wicket in the past and his showing on Monday should keep him in the mind of the selector at least till the CPL.

Devon Smith was rewarded for a stellar Regional season disposing of Kieran Powell in what had been a compact unit till now. But like the leg before decisions to the spinners of 2011 the seamers of  2013 have employed a similar tactic which may well put an end to the Devon Smith era, especially with Mohammed Hafeez and Saeed Ajmal waiting in the wings to prey on his prodding pads. Six months ago it was 2012, now we are half way through 2013 Marlon Samuels! Like the opening pair Samuels has some rope left but he  will have some weaving to do before the CPL fanfare begins. In today’s cricket name and past performance are negligible, hard earned dogged performance on a consistent basis is what counts. Darren Bravo has shown that only time at the crease can bring you runs. Good old test cricket if you must, maybe for the first 30 overs and then on the the party of  Twenty20. Darren Bravo has showed the application and consistency which has been lacking in those around him. 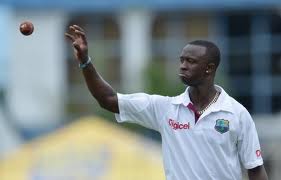 Kemar Roach, continues to be the leader among the quicks

From Lil Bravo to the skipper, Dwayne’s exploits in Twenty20 with the ball has deflated his batting form. Like Ramdin the captain seems clueless whether to build an inning or blast away. Yes his bowling is keeping him in the game but big “O” would much rather have the skipper anchoring at 5 or 6 to provide the launch pad  for Sammy, Polly and Co. As for his bowling it remains effective but not as incisive as we have seen in the shortest version, the best of Dwayne Bravo has always been a batting all-rounder. Looking at acting-Captain Kieron Pollard, during the IPL and even on that crucial and eventual final ball at the Champions Trophy, Pollard has continued to play loosely outside the off stump. Not just on deliveries where he had been dismissed but in general Pollard has played some needless strokes at balls he was not to the pitch of outside off. With all the Global-trotting a sabbatical seems overdue. That will definitely add to the visions of rotation policy which has now taken up stead in the international game. Narsingh Deonarine looks in good form following his stint with the A team. Darren Sammy has shown that he  can deliver with either bat or ball and for these attributes he is invaluable to the team. Nonetheless more consistent performances as a bowling all-rounder will definitely augur well for the squad.

On too the bowlers Sunil Narine has been lean since Kolkata Knight Riders exited ipl6,  he too seems to be winded by all the frequent flyer miles. With Samuels and possibly Deonarine as an additional spinner should serve well taking some pressure of the Trinidadian ace. Nikita Miller for all his efforts this season and seasons past looks deserved of a recall. With little word on Ravi Rampaul their seems to be little support for Roach. Jason Holder has not grabbed at his chance like Tino Best did at his second coming and so too Best has been more discipline yet relatively unpentrative. Sheldon Cottrell, Delron Johnson and Shannon Gabriel may be more keen as they look to propel their careers.