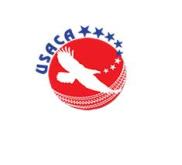 LAKE WORTH, FLORIDA: The United States of America Cricket Association (USACA) is pleased to announce the appointment of Mr. Mascelles Bailey to the position of Executive Secretary. Mr. Bailey has a strong corporate history working with the New York Life Insurance Company as a Senior Partner for over thirteen years and now has his own financial consultancy business based in New York.

His Presidency oversaw the planning and implementation of annual intra – League and inter-League cricket tournaments. In addition the League secured and developed cricket-playing facilities to manage the growth of the game, which required strong working relationships with Public Officials and the general public to maintain a positive image of cricket in the Region. Mr. Bailey’s efforts were publicly recognized when he was inducted into the Cricket Hall of Fame (Hartford, CT) in 2008.

USACA President Mr. Gladstone Dainty welcomed Mr. Bailey to the USACA Board; “Mascelles Bailey has been a strong contributor to cricket over many years. His reputation in the New York Region is well established and he is highly regarded. The role of Executive Secretary is an important component of the USACA Board Executive and we have been considering a number of candidates for some time. Mascelles became the leading candidate due to his intimate knowledge of US cricket administration, his professional approach to dealing with sensitive issues and his ability to work with key cricketing stakeholders.

Mr. Bailey was enthusiastic about the opportunity; “I am honored to be joining the USACA Board of Directors. I consider this a great opportunity to join my fellow team members on the Board in trying to make cricket in the United States the best that it can be” he said. Mr. Bailey will attend the USACA Annual General Meeting in Fort Lauderdale this Saturday when he will officially commence his position.

USACA: The United States Cricket Association is the National Body for cricket in the USA and is a non-profit 501 (c) 3 based in Florida. USACA’s primary objective is to promote, encourage, foster and develop interest and participation in the game of cricket throughout the United States of America